This doesn’t translate in English… Avondvierdaagse. I’m not sure if it’s a Dutch thing or not: walking around your town four nights in a row with a big group of people. And ofcourse you get a medal at the end of the four nights. I used to love doing this as a kid, even though I can’t remember walking lots of them. My daughter hates walking, especially “if you’re not going anywhere”. The medal got her attention though! Plus, half the school was going, so she wanted to join the fun. An eight kilometre walk for a four-year old who hates walking… hmmmm. She wanted to go home after two kilometres, wanted me to carry her after three (which I refused) but an angel must have heard her, as one of the organizers offered her a short ride in the car following the procession of hikers. She got out for icecream (yay! Even I craved icecream at that point) and walked the rest without another mutter! She and I both were super proud when she reached the finish line. And… she wants to go again next year! 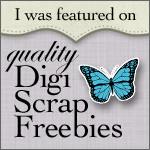